Three years after accepting a new challenge, after deciding to reveal my biggest secret, I was invited by Accenture’s Global Pride Program Team to write a personal letter recounting the experience.

Without hesitation I said an ‘obvious’ yes, as I believe that it’s through shared experiences knowledge gets built and prejudice destroyed.

But before anything was even written or sat in ‘digital’ stone, I went back to my ‘coming out’ story to understand the scope it had, not only in me but others.
This could no longer remain in my native language, it should become Global. As such, for the basis of what I wrote for World AIDS Day 2019, a full translation of my 9/10/11 is made available. 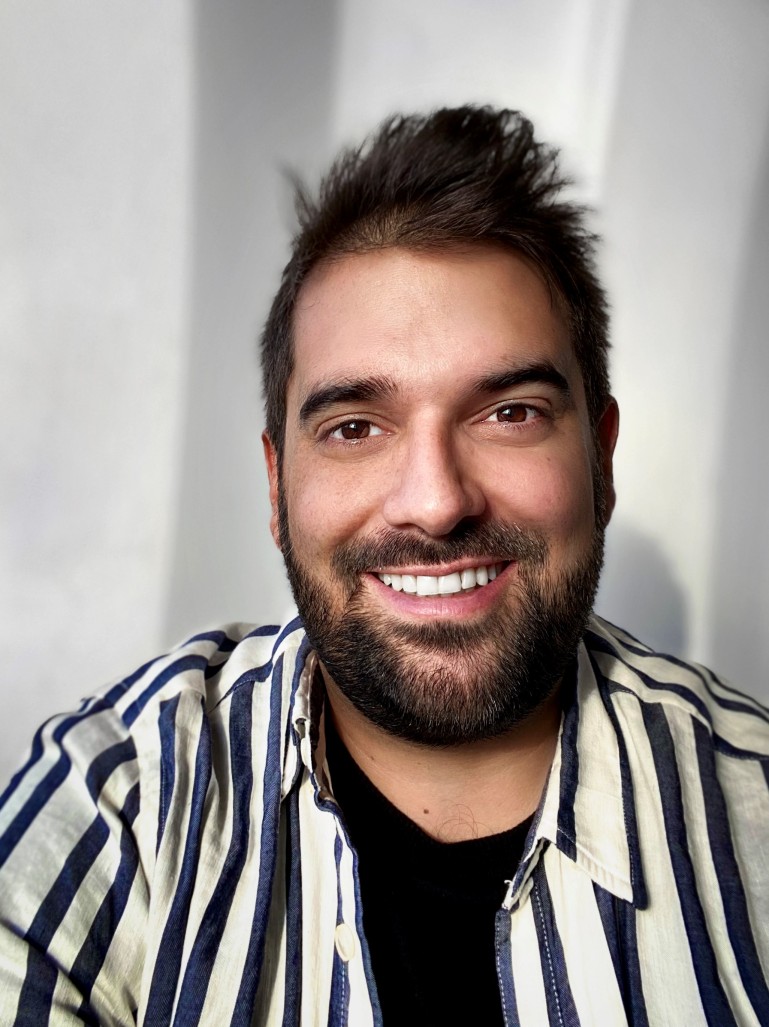 I mean, if it’s just a flu, or something that we can just take a pill to go away, we don’t even think about it very much, but when what we are sick with is something that will stay with us forever, until the end of our lives, the story is completely different.

I cannot claim to have always been someone with the greatest awareness of my surroundings. Neither this nor a complete carelessness of the world around me, but the truth is that I have always had a relaxed life and never looked at many of the real problems around me with much concern.

I think I should start my story when I confirmed to my family that I was gay at age 27. I thought I had to do it not because I found it necessary to ‘get out of the closet’ (how I hate that expression) as I’ve always lived in a crystal closet and my Mother always told me, in her ‘common places’, ‘if it was born with you, live it’, but because I had reached an age when all I wanted was emotional stability instead of the stereotypical orientation question, special coming from others.
In that sense I think I started to live a more active sex life at that time. I freed myself from a stupid enclosure imposed by a personal prejudice, perhaps, induced by my perception of Society itself.
The truth is I was with whom I shouldn’t be and did what I shouldn’t do.

Of course I had all teachings about safe sex and sexually transmitted diseases, but I’m Human, mortal, and able to err.
I erred, and in what way. I would like to say that I was ignorant, but I can’t. I was stupid. Stupid because I knew the risks, but I chose to ignore them.
I preferred following a blind trust of going with someone who told me to be negative as I was.
I knew it to be true for me, but not for the other. Still, I decided to fool myself and give in. I gave in to the error and so today I am here, in confession style, expiating that moment.

I’ll never forget the day when our family friend Doctor called to say that I had to do follow-ups blood tests.
It was 9 October, 2011 (9/10/11), a Sunday, the wrong day for a doctor, even a friend, to call for further tests. I soon realized what it was all about. A heavy conscience started in silence.
The following Monday, before repeating the blood tests, I told my older brother. He understood and asked it to remain secret from the rest of the family.

The repeated tests brought undeniable confirmation and my personal martyrdom began. The secret could not stay with me, and I soon went to see my personal Physician at the Public Hospital. Along with him I called my parents. I explained to them, in a shaky voice, afraid of the reaction, almost in a copious and guilty cry, “I have HIV. I am HIV positive.”

Fortunately, just as I’m not ignorant (as I would have liked to be) my family isn’t too, and even with the obvious anger at this, they were able to understand, even better than myself, the magnitude of what was happening to me.
The following times were not easy. Between my denial, acceptance and understanding of everything, I had to judge myself and be judged by those who loved me. And while not ceasing to love me, their role had an obvious judgment of the responsibility that I should but didn’t have.

I started my hospital routine. I learned what CD4’s are, viral loads. How does HIV attack the immune system and how can we defend ourselves against degenerating the body to the point of AIDS.
I gathered right and wrong information, read what I shouldn’t. I’ve seen many alarmist videos from the net, ideas and conspiracy theories. Ideas that it all started from a monkey, that it was the Americans who created it as a weapon of war.
Stories of the eternal patient zero, of the miraculous cure, of dietary changes, all the way until I got it in my head that getting too thin would be a sign of illness.
From 80 kg I fattened to 105 in the blink of an eye.

Medication for depressions followed. Between being happy and combative about life, until thinking that suicide would be the viable alternative to the ‘moment horribilis’ I was living.
A bit of everything went through this hollow head.

As I said before, I am not ignorant and even though I want to be I sometimes cannot, I always think and reason my chances and ponder solutions, most of them workable. Even living with this eternal weight in my conscience, and blaming myself for what happened (even though I have already made a Mea Culpa), life cannot be lived hostage to a perpetual idea that conditions me. These days I live with my condition peacefully in the awareness of what I have, and how I protect myself, protect others, and keep myself safe.

Well no, it is not, but with time, perseverance and wit, everything finds its right place, and even the worst of diseases, even when deadly, ends up living (well) with us until the end of both.

This site uses Akismet to reduce spam. Learn how your comment data is processed.